You are here: Home / Holiday Decor / Rules for Decorating with the Red, White & Blue 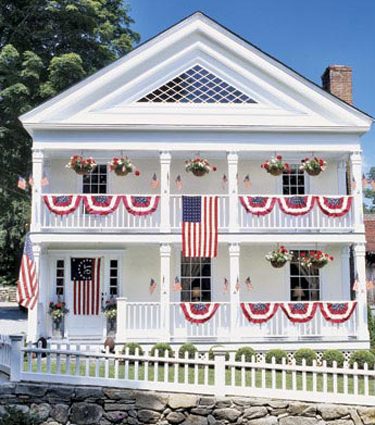 Happy Independence Day!  Commonly known as the Fourth of July, this US Federal holiday commemorates the adoption of the Declaration of Independence on July 4, 1776. Independence Day is frequently associated with fireworks, parades, barbecues, fairs, picnics, concerts, baseball games, family reunions, as well as political speeches and ceremonies that celebrate the history, government, and traditions of the United States.  On this and other holidays many Americans show their patriotism by decorating with American flags. 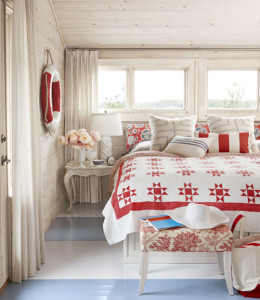 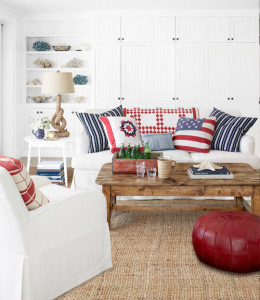 I’ve selected a short list of pertinent points from the United States flag code as a reminder of the Standards of Respect pertaining to interior (and exterior) rules for decorating for those who do so for the 4th of July holiday:

Whether you decorate for it or not,  I hope you enjoy all the things this holiday is known for – fireworks, parades, barbecues, fairs, picnics, concerts, baseball games, and family reunions…Happy 4th of July!